Request A Call Back

(by signing up, you agree to our terms and conditions)

All About Athens (Budget)

Arrive at Athens, a magical city. The city with the most glorious history in the world is worshipped by gods and people. The enchanting capital of Greece has always been the birthplace of civilization. It is the city where democracy was born and most of the wise men of ancient times. The most important civilization of ancient world flourished in Athens and relives through superb architectural masterpieces. Upon your arrival at Athens, you will be met by our representative and transferred to your hotel. Check-in and relax for some time. Later on you will be picked up from your hotel to start your Athens by night tour. Witness the beauty as night falls and the ancient city of Athens is transformed by light and shadow! Join us for Athens by Night, a tour off all that’s on offer as the Greek capital descends into darkness. Cruise between glowing, proud buildings with a short panoramic drive through the city centre. Drink in and admire the illuminated Acropolis from the slopes of the sacred hill, offering a nighttime photo opportunity that is second to none. Overnight at hotel. 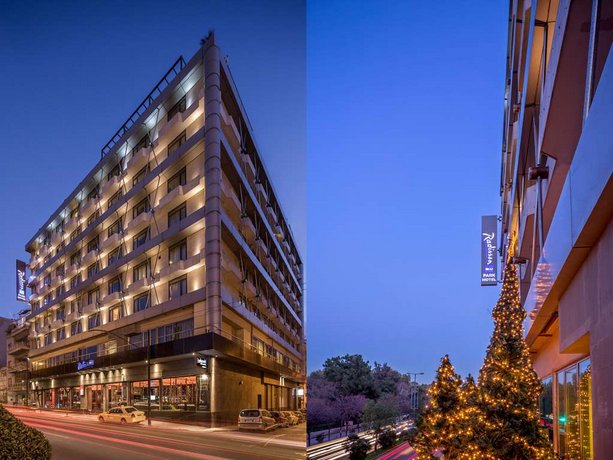 Today you are free to explore Athens on your own. You may choose to explore the Athens town, like visiting the Acropolis or the Pantheon or just going around the town, exploring its rich culture and heritage. You can end your day by having a Greek dinner at a local tavern or traditional restaurant. Overnight stay at hotel.

Today you'll see all the famous sites of ancient and modern Athens on this comprehensive morning tour. Learn all about Athens’ ancient and modern history on this half-day tour of the city. Take a trip alongside our expert guides, who will knowledgeably let you in on all there is to know and more about this fascinating city, in which past and present constantly blend. Begin by spending some time at the breath-taking Panathenaic Stadium, a magnificent construction erected on the remains of an ancient stadium.hen, as you continue, pass by the Royal Palace, the private residence of Greece’s Prime Minister. Keep a lookout for the Euzones, the Palace’s guards in their colourful uniforms! You will also be able to appreciate many incredible landmarks drenched in history, such as Hadrian’s Arch, the Greek Parliament in Syntagma Square and Athens’ memorial to the Unknown Soldier. Last but not least, you will visit the Acropolis, an old plateau abundant with various symbols of ancient Greece, the most magnificent of which are the remains of the Parthenon.

Starts at 9:30 am (Closed/Not Operated on Saturday, Sunday) (Duration: 4 hrs)

The Acropolis Museum was built to house the archaeological remains of the ancient Arcopolis site. It was inaugurated in the summer of 2009 and designed by architect Bernard Tschumi with Michael Photiadis. The Museum hosts its collections across three levels, as well as in the archaeological excavation that lies at its foundations. The story of this museum dates back to the 19th century(first opened in 1876), and is full of scandals and setbacks. The simple exterior of the 226,000-square-foot building, it also has hundreds of marble sculptures. Among the museum’s many treasures are artifacts from the Archaic, Classical, and Roman periods.

The Arch of Hadrian is a triumphal arch, situated near the temple of Olympian Zeus. The construction of this temple started in 131 BC to celebrate the arrival of the Roman Emperor Hadrian and to thank him for his benefactions for the city. The Arch of Pentelic marble is 18 m high, 12,5 m wide and 2,3 m in depth with the symmetrical design. Its architecture resembles a lot to similar Roman arches. The monument has two layers, at the centre of the lower layer there is an arched gate through which people could pass. This arch was constructed in 131 to mark the boundary between the old Athens and Hadrian's new quarter.

The Panathenaic Stadium is one of the most significant monuments not only for Athens, but for the whole Greece. It is one of our city’s most popular touristic monument of Greece and one of Athens’ landmarks. It is nestled in a forest approximately 1.6 km east of the Acropolis and constructed entirely from white marble. This Stadium is one of the oldest stadiums in the world and hosted the first modern Olympic Games in 1896 and has seating to accommodate 45,000 spectators. One can climb the stairs of the stadium and find yourself at a lovely viewpoint to lookout over the city.

Today morning check-out from your hotel. Later on in the day you will be transferred to the airport to catch your return flight back home. Your trip ends with wonderful memories.

Here is a must take list that you should carry while traveling:

We are a TravelIQ  which specializes in the personalized travel experiences . We have travelled the length and breadth of these regions repeatedly, just to ensure that our clients are visiting the right places at the right time on the right days, eating hygienic & tasty food, staying at the best properties which are cheap and fantastic as well. We have every answer to your query pertaining to the destinations.

If you Cancel your Holiday

Request A Call Back